Noticias: Why are there swastikas in the Palace of Fine Arts in San Francisco?
(Categoría: Misc)
Enviada por thomas
Monday 05 December 2011 - 21:42:20

The structure was rebuilt in 1965. Did someone make a conscious decision to restore the facade (which dates back to circa 1915)? 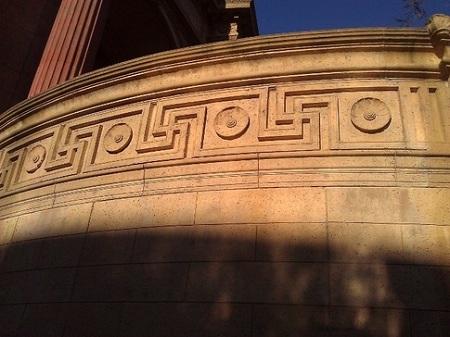 Because the Palace of Fine Arts is using the motif from Ancient Greek architecture. That pattern was representative of Zeus and was supposed to be symbolic of Peace. That Hitler took part of the design and used it for his purposes was unknown at the time the building was designed. Hitler also used the colors red white and black - are we to avoid them forever as well?